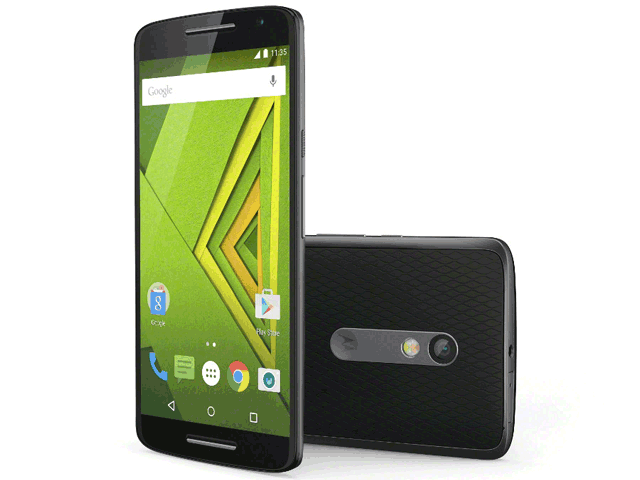 The Moto X Play and Style run Android 5.1.1 Lollipop operating system and both have 21 megapixel rear and five megapixel front cameras. The touchscreens on all devices are made from toughened Corning Gorilla Glass. The Moto X Play (above) is powered by quad-core 1.7GHz and quad-core 1GHz processors and has a five inch edge-to-edge HD touchscreen.

It comes with 2GB of RAM, a 3,630mAh battery that Motorola says can last up to 48 hours and with either 16GB or 32GB of internal memory that can be expanded by 128GB with a microSD card. The Moto X Play will be available in various countries across Europe late next month. 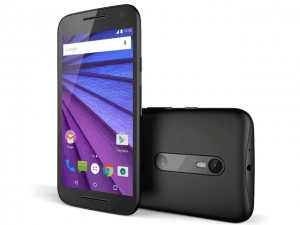 The third generation Moto G  is powered by a quad-core 1.4GHz processor and IPX7 certified, meaning it is water resistant for up to one metre or 30 minutes.

There is also a 2,470mAh battery, which Motorola says can last a whole day. Users can also personalise their Moto G with ‘Shells’, available in a variety of colours, as well as with its online design studio Moto Maker. 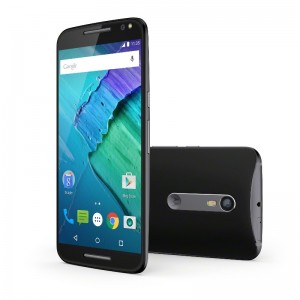 The Moto X Style (pictured right) is powered by dual-core 1.8GHz and quad-core 1.44GHz processors and has a 5.7-inch edge-to-edge HD touchscreen, included is 3GB of RAM, a 3,000mAh battery  which Motorola claims charges faster than any to provide 10 hours of power in 15 minutes of charging with ‘TurboPower’, with either 16GB, 32GB or 64GB of internal memory that can be expanded by 128GB with a microSD card.

Moto X Style will be available from September from from countries across Europe.

This is Motorola’s biggest Moto G launch yet, with the smartphone now available in more than 60 countries throughout Europe, North America, Latin America and Asia Pacific.